Seals in the Falkland Islands

Sea Lion Island holds more than 90% of the Falklands Southern Elephant Seal population and is the most important breeding spot in the islands. We stayed here for four nights and truly enjoyed every minute of it.

The Southern Elephant Seal is the largest seal in its family. Adult male weights up to 4 tones. Elephant seals spend most of the time in the ocean but go ashore for two reasons: to breed and moult.

Breeding season is between September - November, followed by the moulting season during which seals loose fur and skin in large patches. 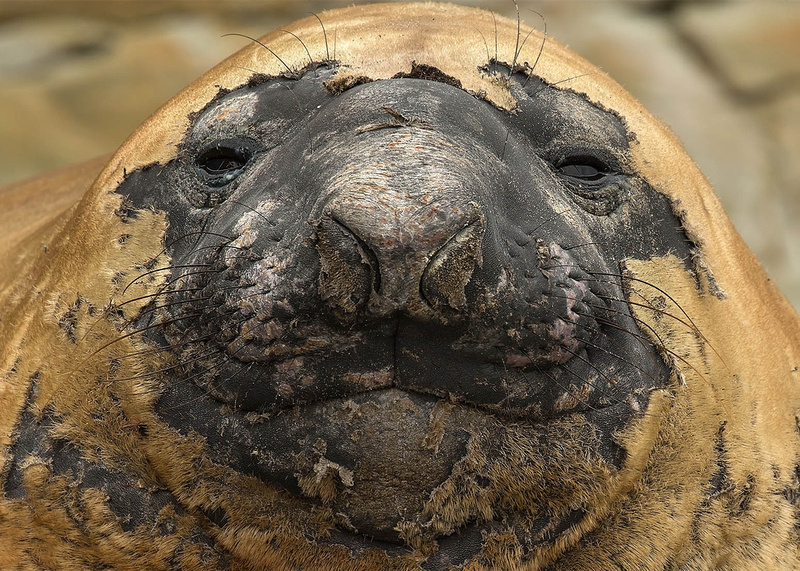 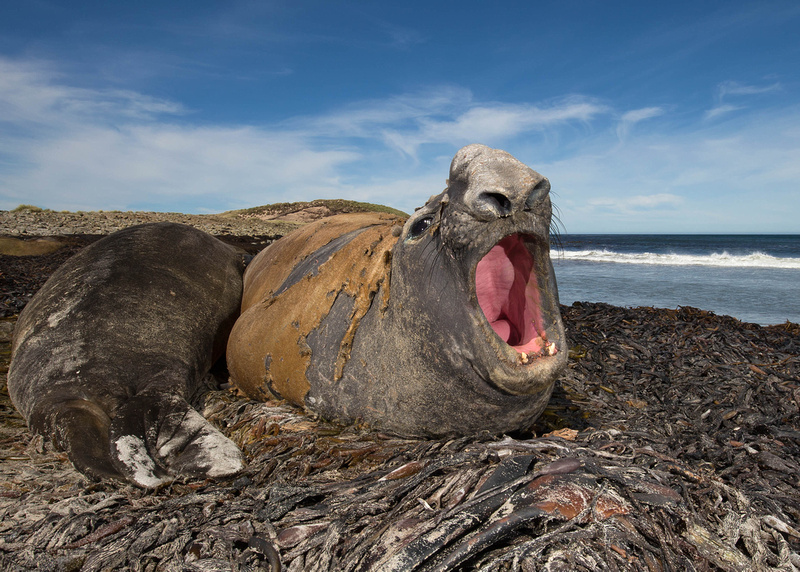 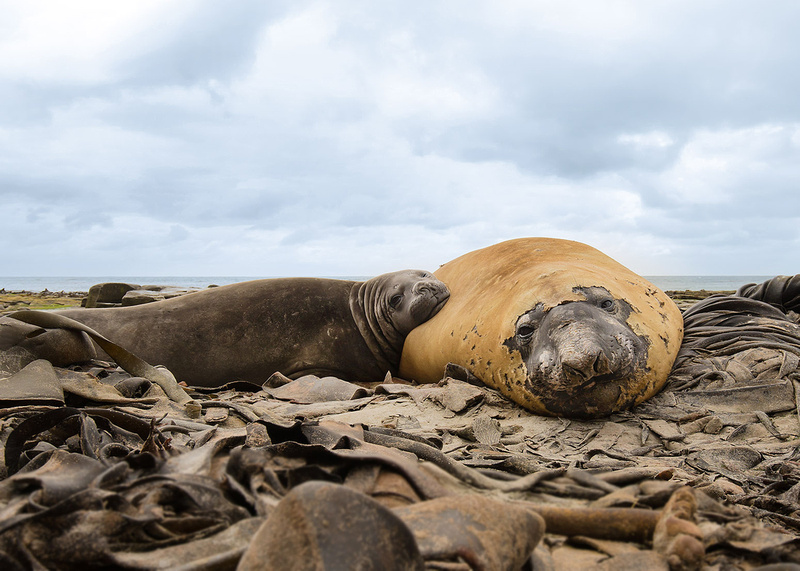 When moulting occurs seals are easily susceptible to cold, so they must stay on land rather than in cold waters. This means that on land animals fast and rely on stored body fat. Even from time to time they stop breathing to lower their heart rate and conserve energy.

During the moulting process Elephant Seals are constantly disturbed by Blackish Cinclode locally known as Tussock-bird. 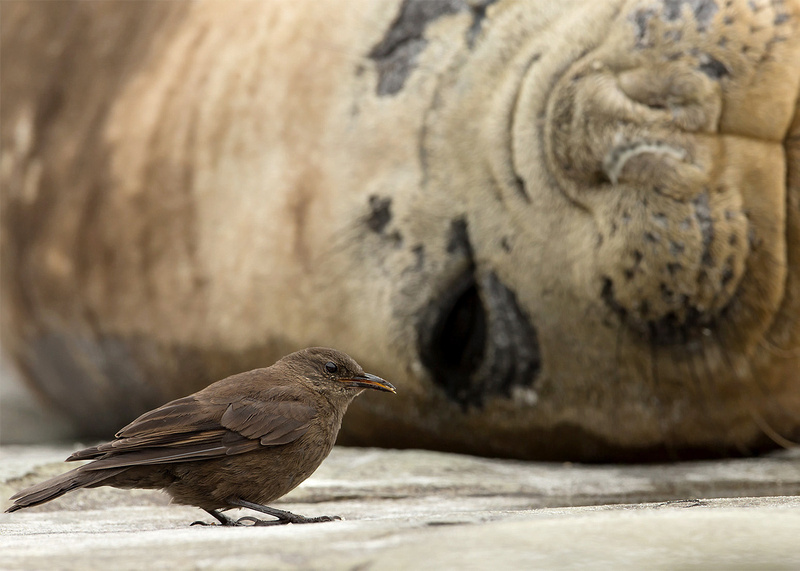 This small creature picks through the skin and flash of seals that sometimes it was painful to watch. 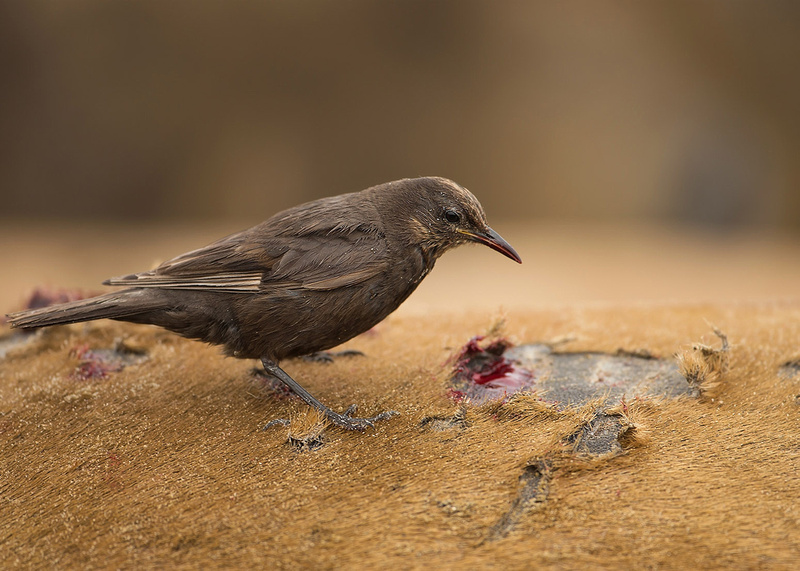 Clearly seals didn't like the "attacks" and tried to shoo the birds away. 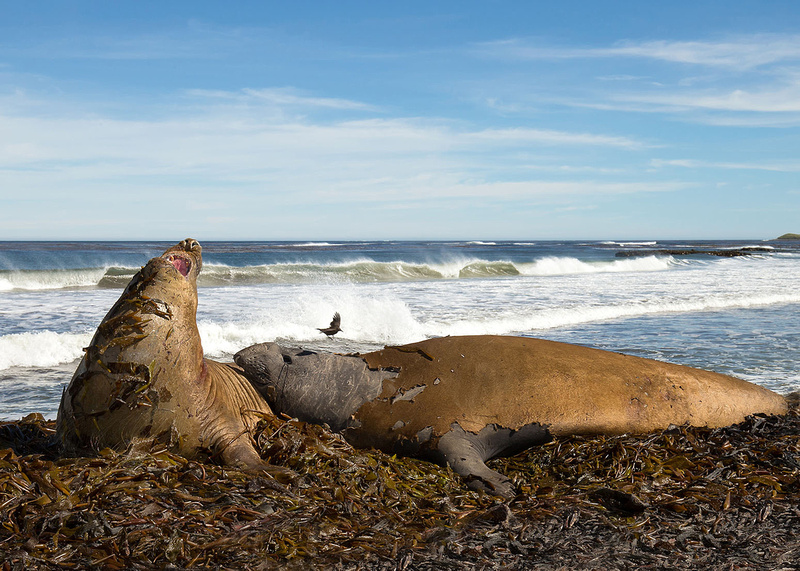 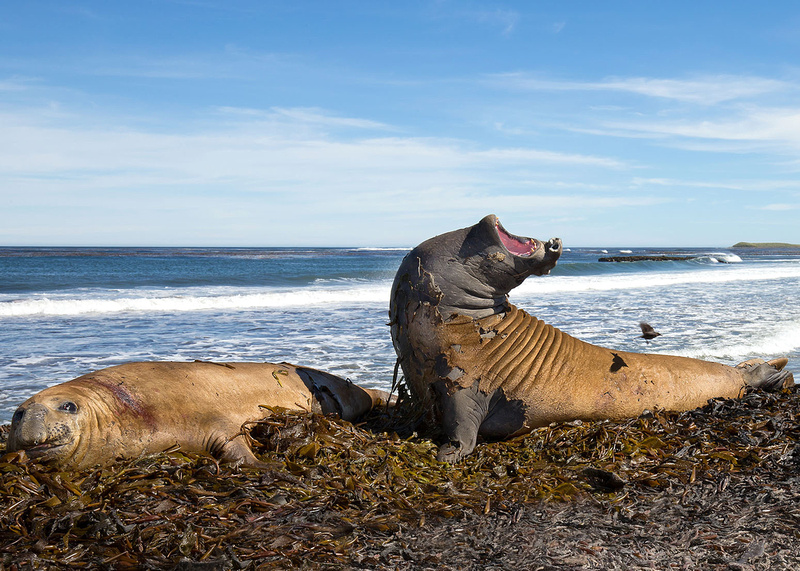 During the day the atmosphere on the beach is sleepy and relaxed. Everybody enjoys a rest or snooze in the sun. 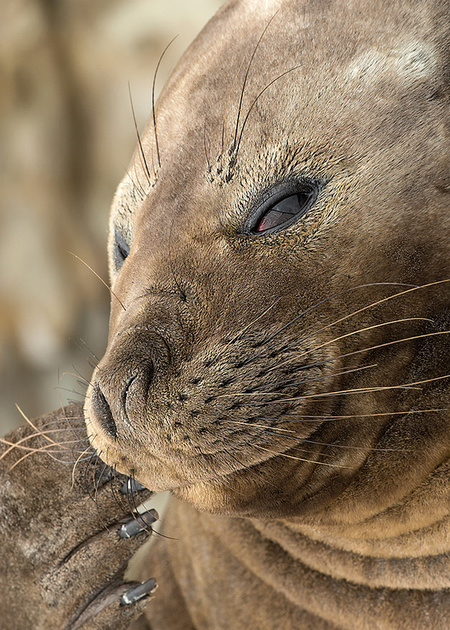 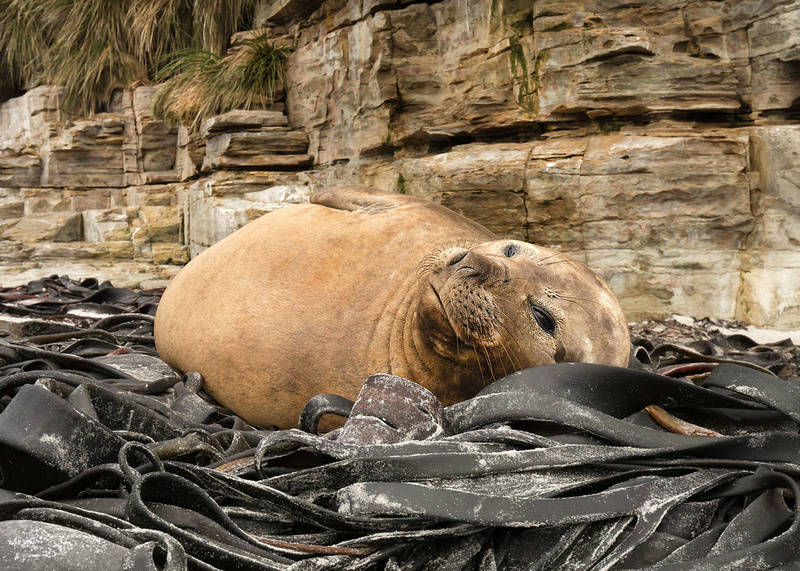 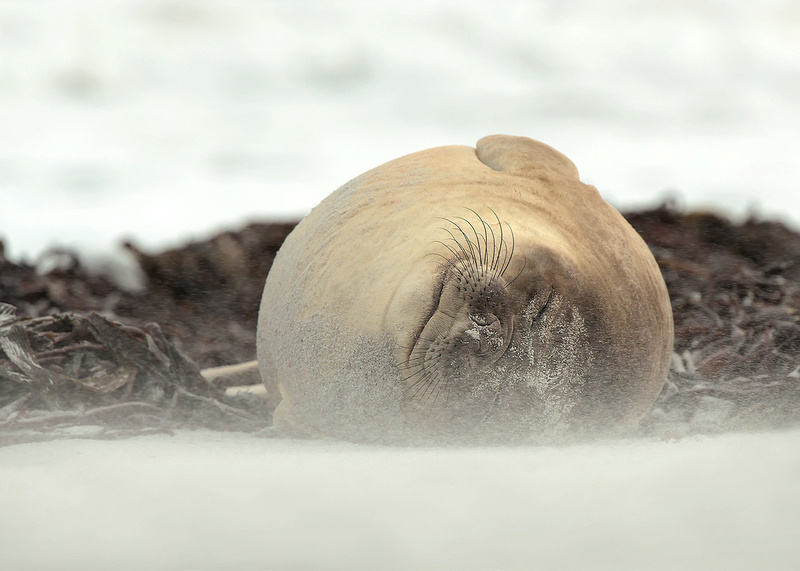 When onshore, Elephant Seals may look a bit unwashed and snotty-nosed because of eliminated excess salts. 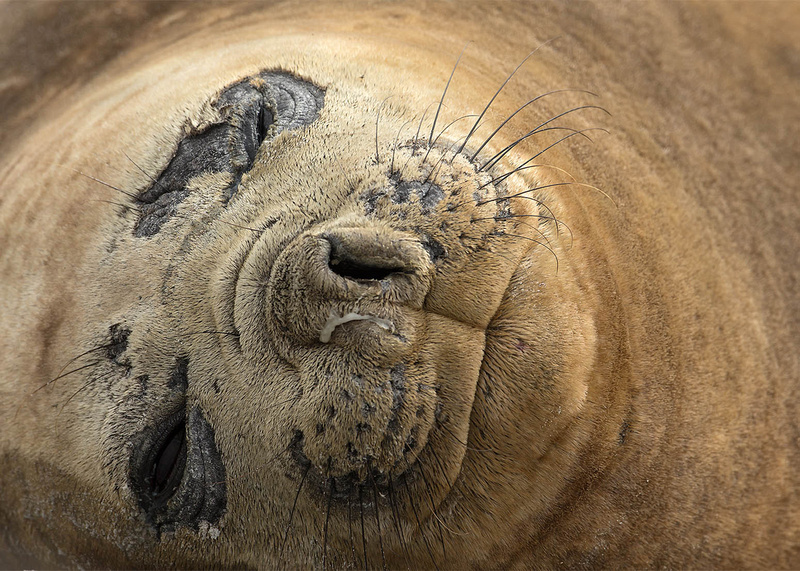 As the days were unusually worm in the Falkland Islands (to our big surprise temperatures reached 18-19 C), animals were struggling a little bit. Southern Elephant Seals tried to cover themselves with sea weed or flip sand over themselves to keep their bodies cool. 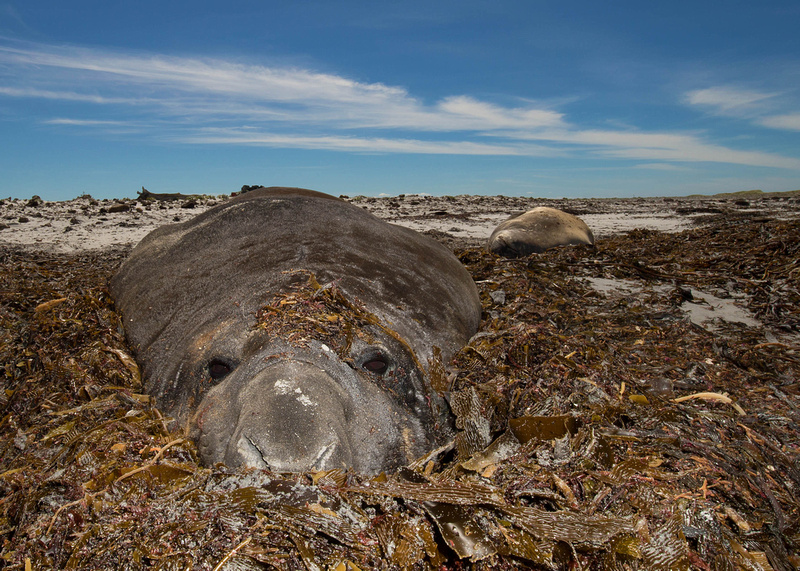 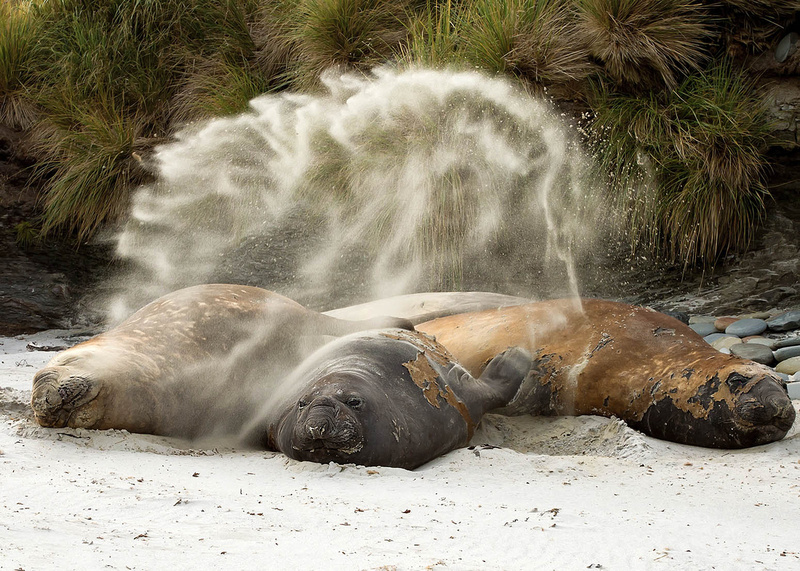 There are no fights during the moult period. From time to time seals will have arguments over a better spot on the beach or enjoy a bit of wrestling in the water. 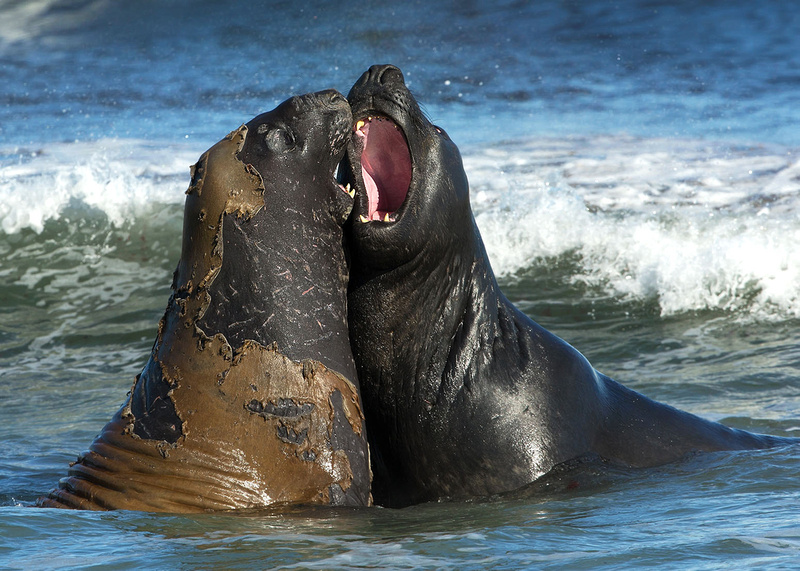 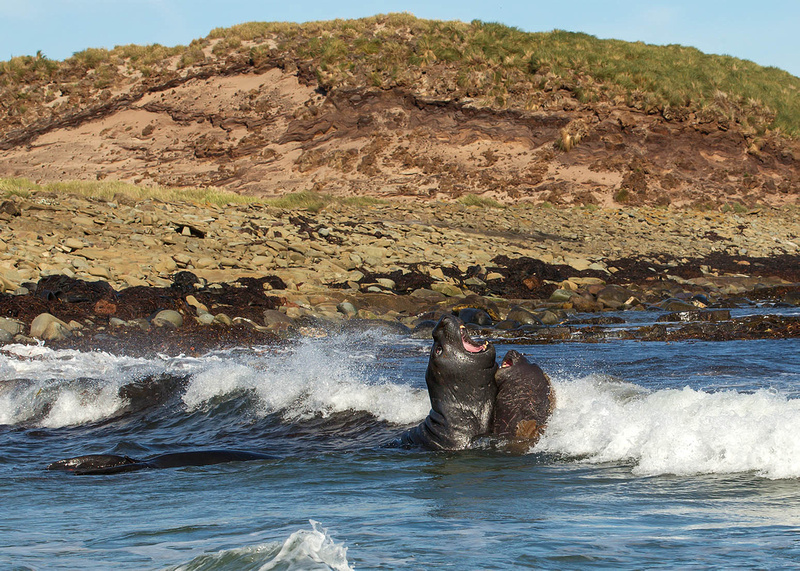 We remember one evening, we were on the way back to the lodge. At the moment of sunset, intense yellow and orange colours painted the sky. We just sat and enjoyed the view. 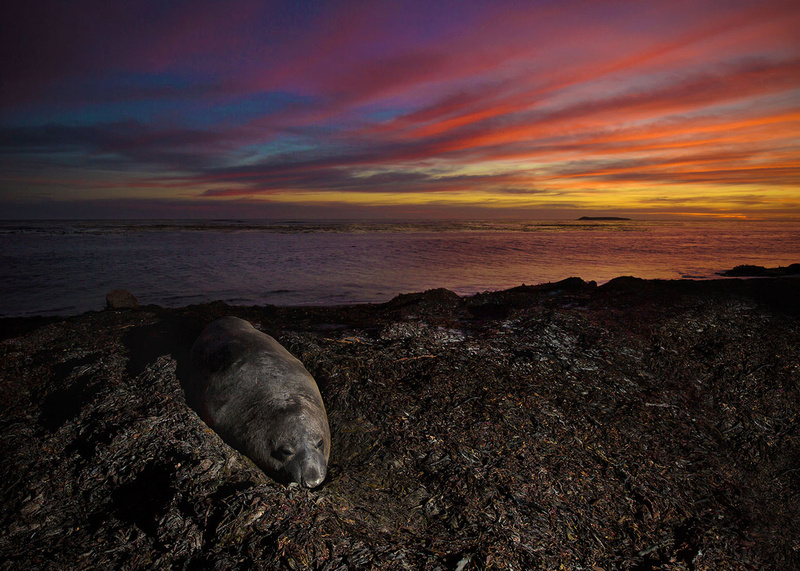 Orcas are one of the main predators for Elephant Seals. They mostly prey on inexperienced young. 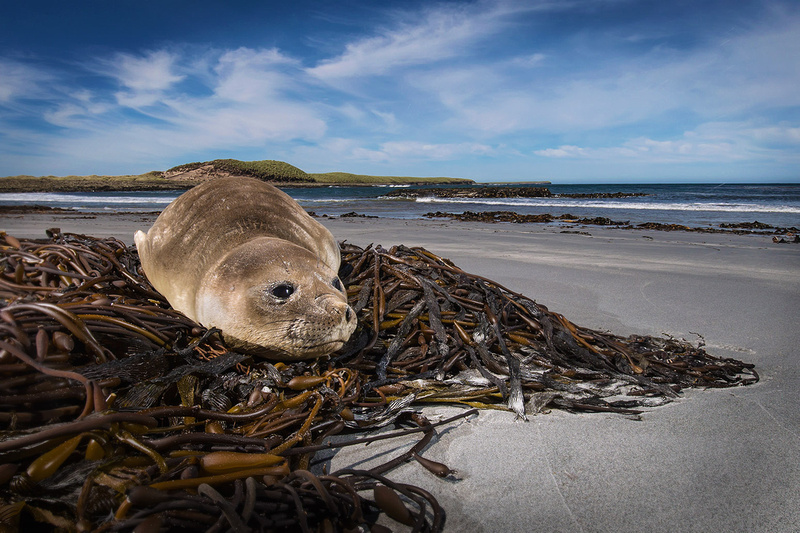 December is the best month to see killer whales but we were very fortunate to spot one too. 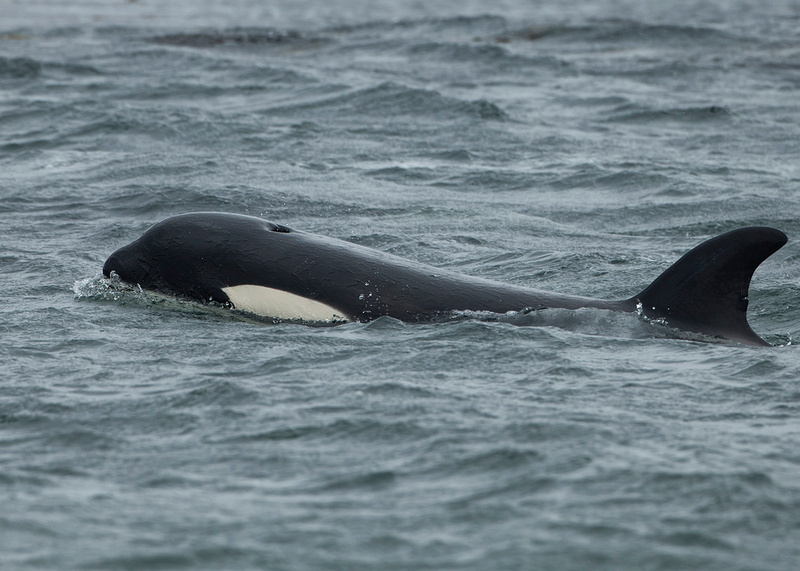 Small Southern Sea Lion colonies can also be spotted around the south coast of the island. Unfortunately Sea Lion population suffered a steep decline due to massive hunting and even at peak times there are less than 100 of the animals. So the name of the island is a little bit misleading. Seals can only be  photographed from the cliff here, so telephoto lens is very handy. Sea Lion males are much larger than females. They weight up to 350 kg. 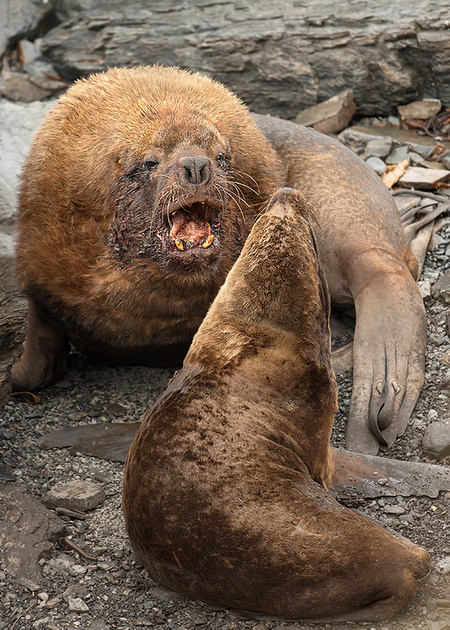 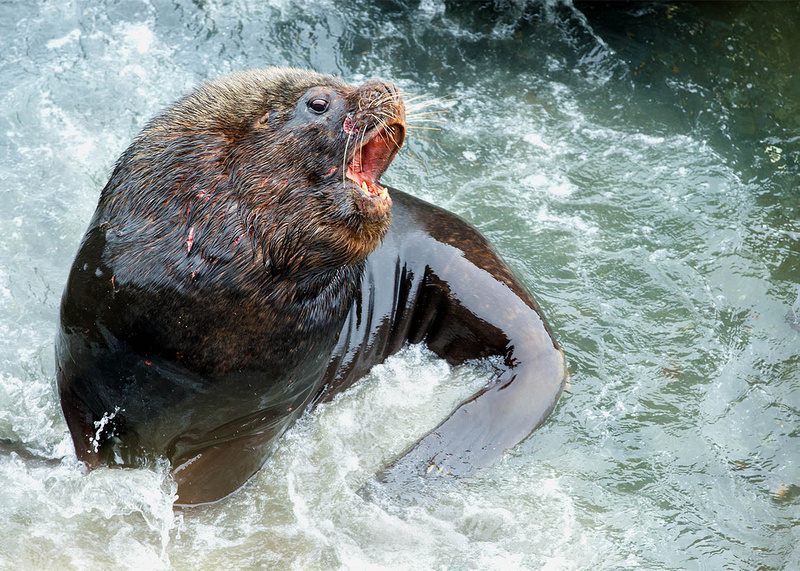 Pups are born between December and February. For a week mothers don't leave the little ones alone. Later females have to make trips to the sea to get their own food. Pups enter water when they are about four weeks old.

More detailed information about our trip to the Falkland Islands you can find in this blog.