We've spent some time watching kingfishers in Rye Meads, Rainham Marshes, Sevenoaks and even in the Bushy Park, London, but Mark Hancox’s kingfisher site gave a much better opportunity to enjoy and photograph this beautiful bird.

By 7.30 a.m. we settled down in a hide, prepared our gear and waited for kingfishers to turn up. First the call of a kingfisher reached our ears and then we saw this magnificent bird. 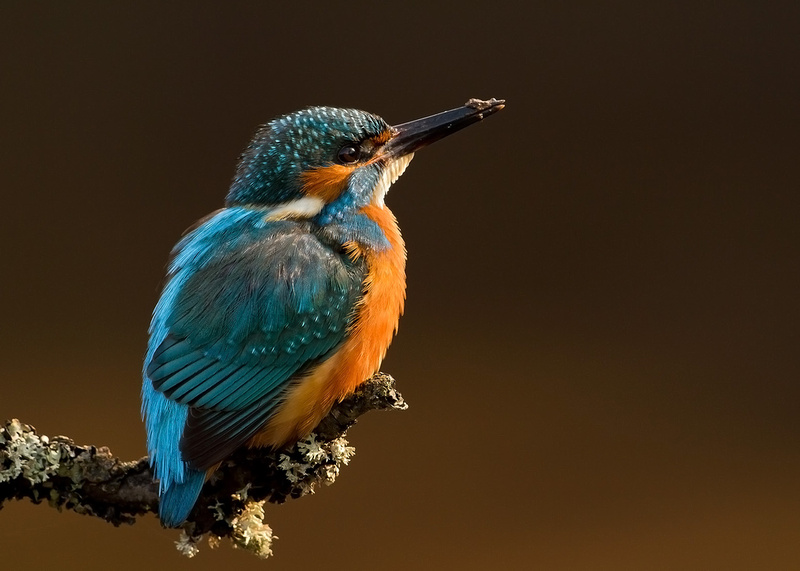 It was a male as the male's bill is all black while the female is with a "lipstick" - red /orange colour on the lower mandible. 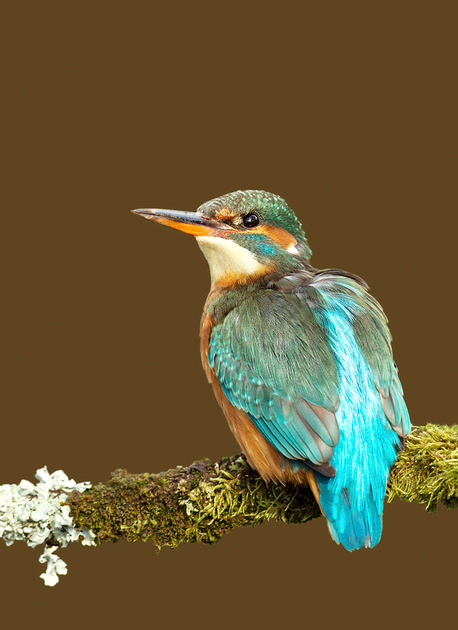 Close up of a Common Kingfisher (Alcedo atthis) perching on a mossy branch, UK. 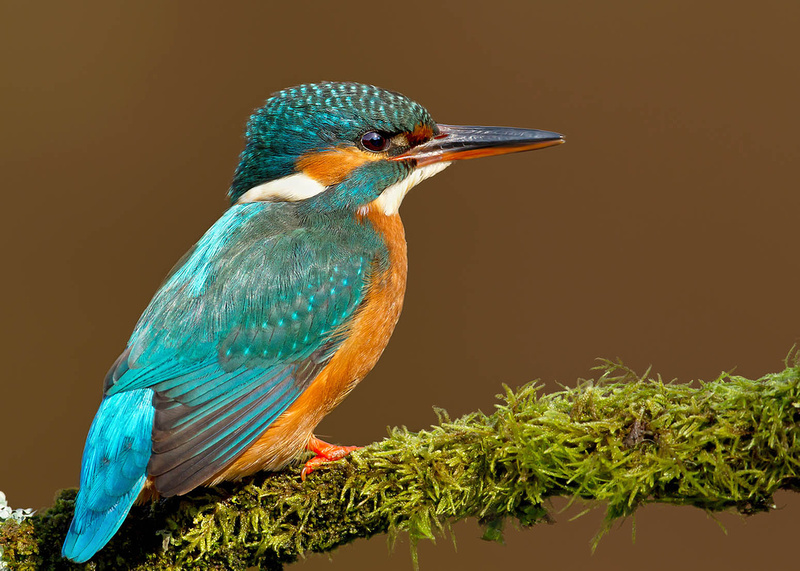 It looked like the kingfishers were busy digging a nest as they used to turn up with muddy beak and feet. 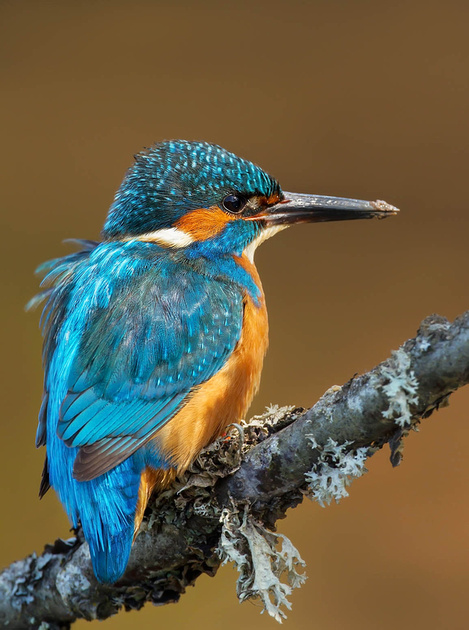 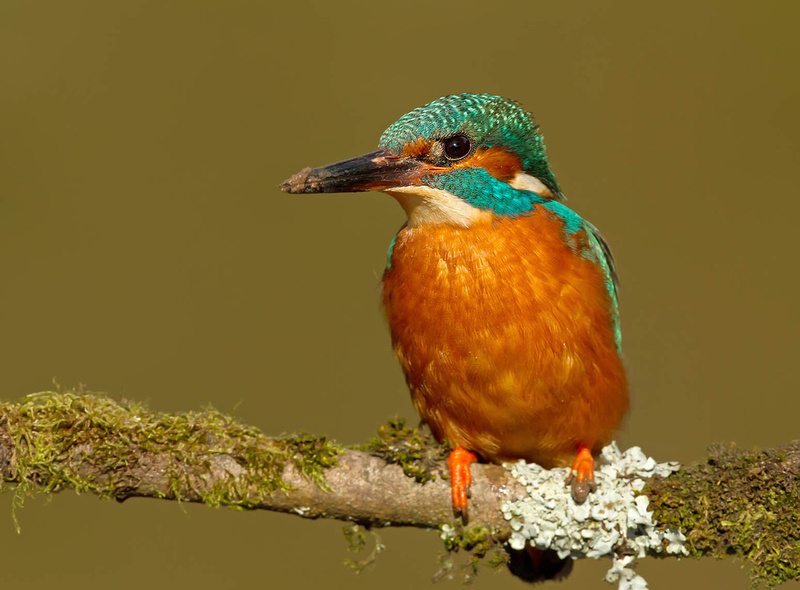 Of course the purpose to land on a perch was fishing and most of the time the hard job was done by the male. 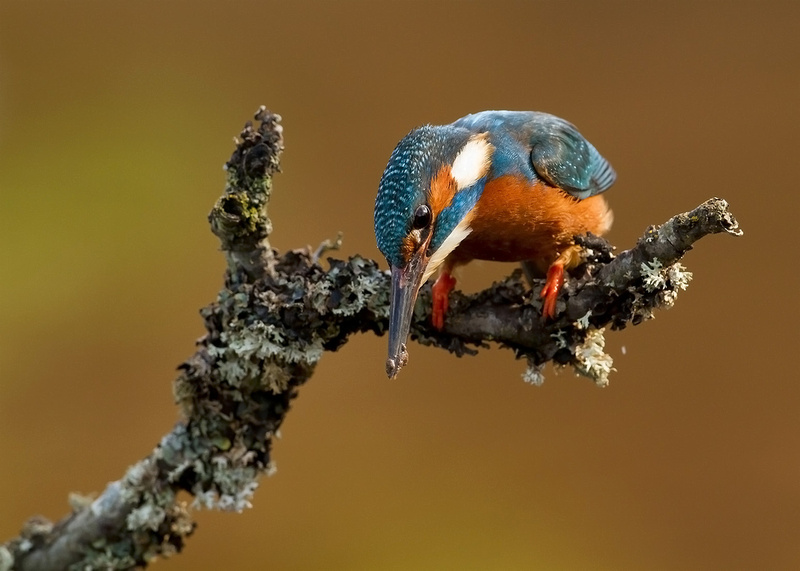 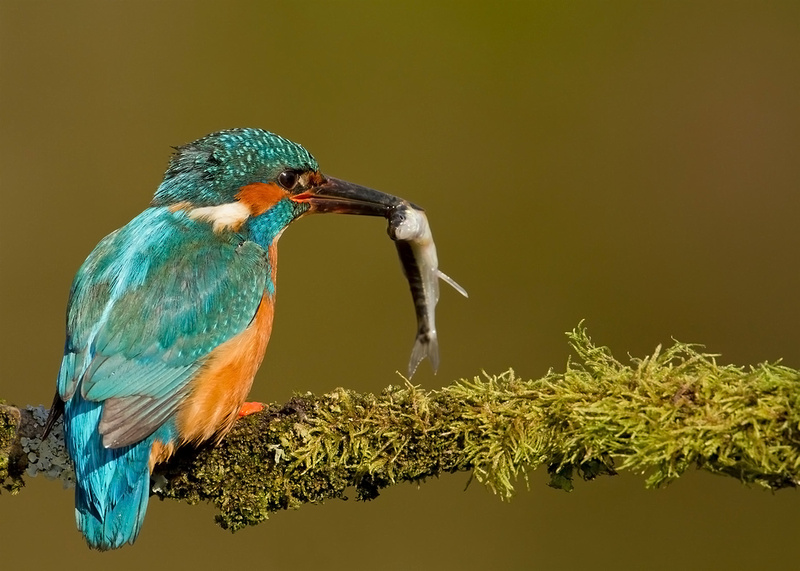 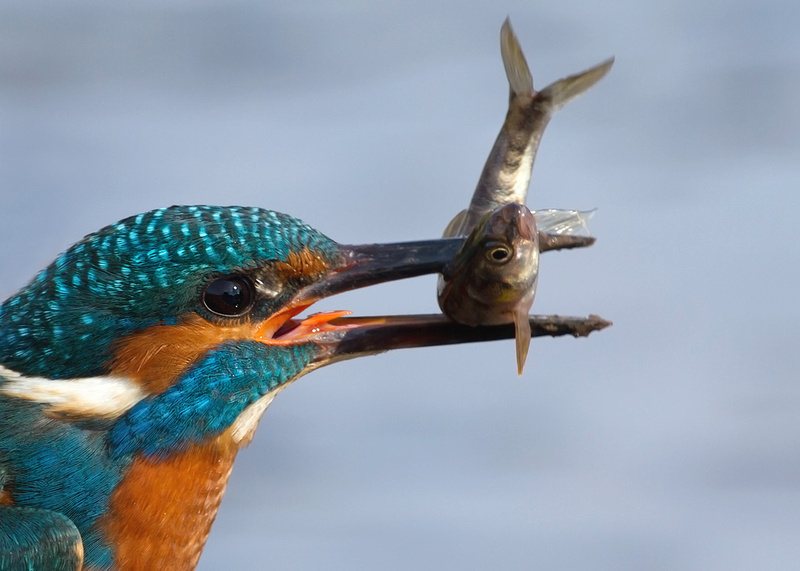 But several times a female turned up and she was as good as the male in fishing. 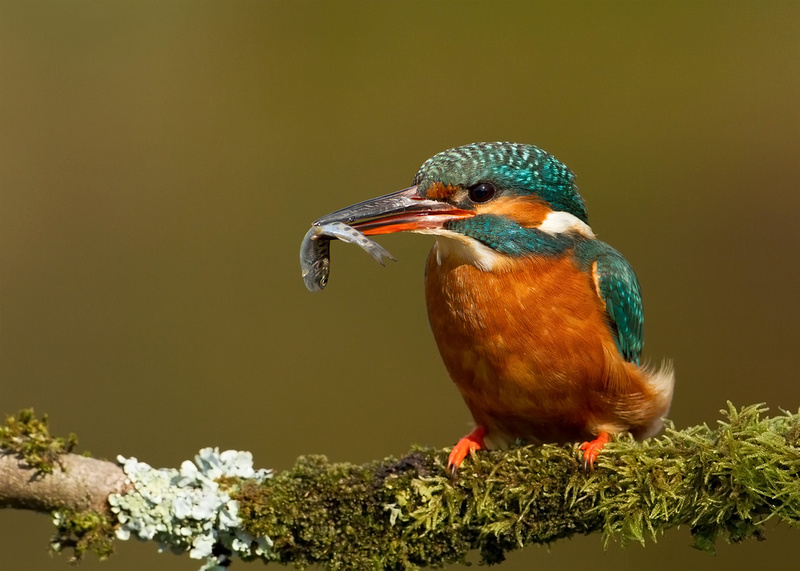 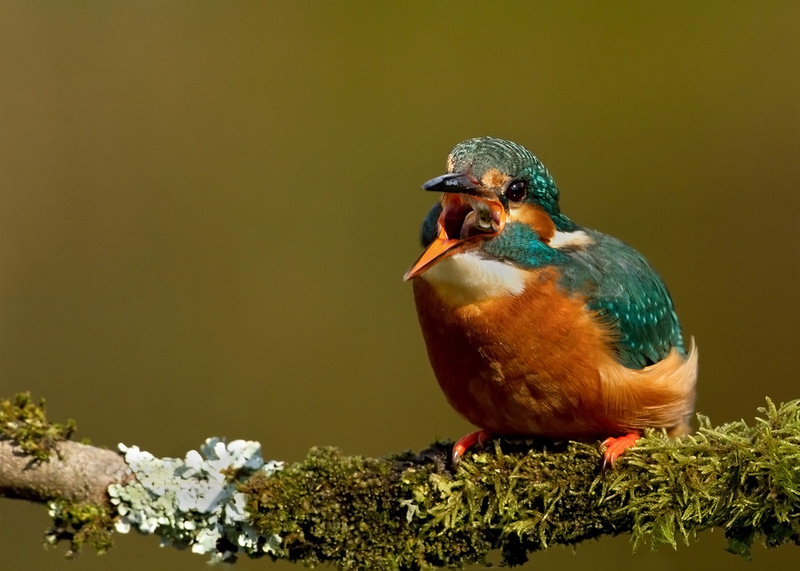 It was nice to watch how the kingfishers dive, seize the prey, carry it back to the perch, beat it against the perch and once dead, swallow head-first. That day we saw the male kingfisher swallowing several fish but most of the time he used to catch and carry the prey head first to the female which most likely was somewhere near a nesting area. But once we were very lucky to witness the male passing a fish to the female as an “engagement” present. 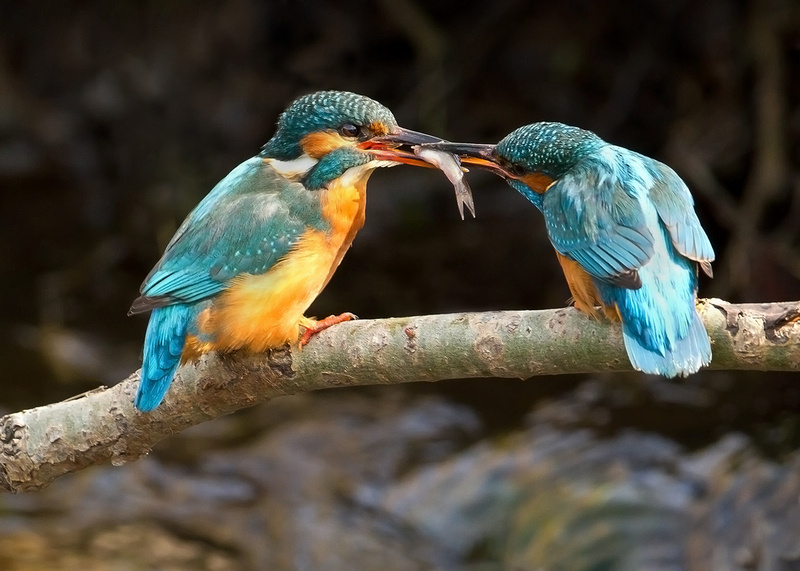 And at the end his efforts were rewarded... 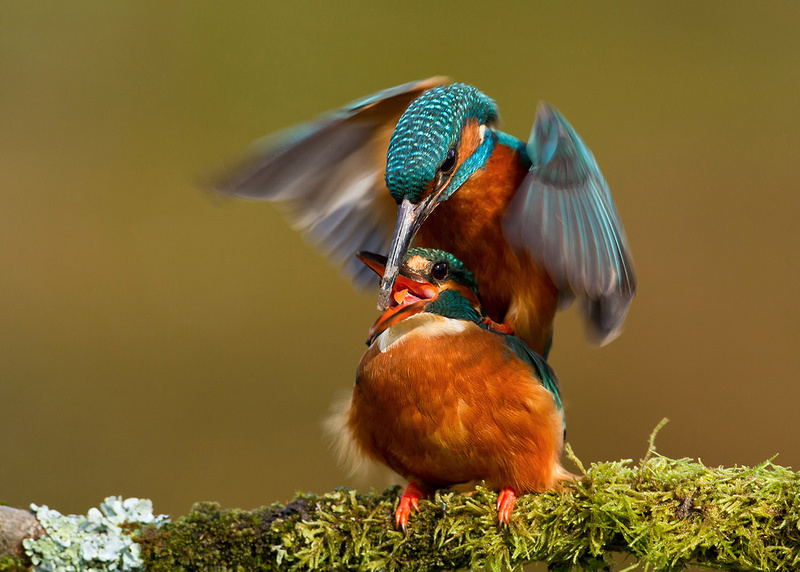 It's easy to spend hours watching and photographing the activity of brightly coloured Kingfishers.

It's easy to spend hours watching and photographing this amazing bird. Our day seemed so short, it was coming to dusk and we had to head home...