Deer on a Football Pitch

We were very lucky to witness Teddington Athletic FC pitch invasion by a rutting red deer stag in Bushy Park. Deer stag jumped over the fence into the football pitch while chasing his rival. 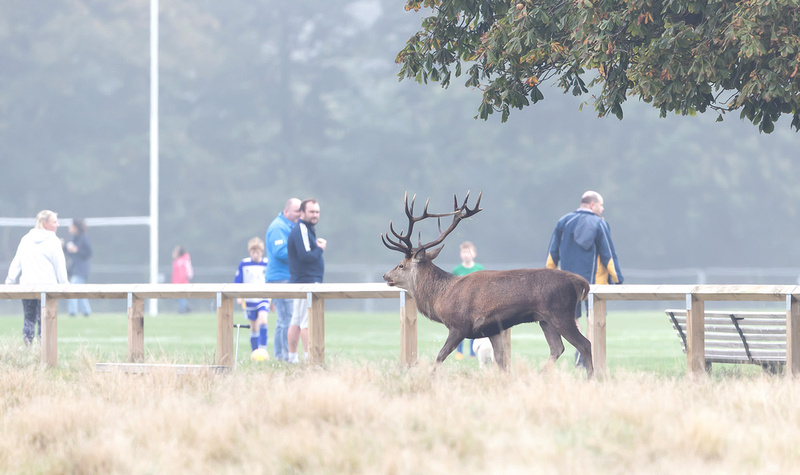 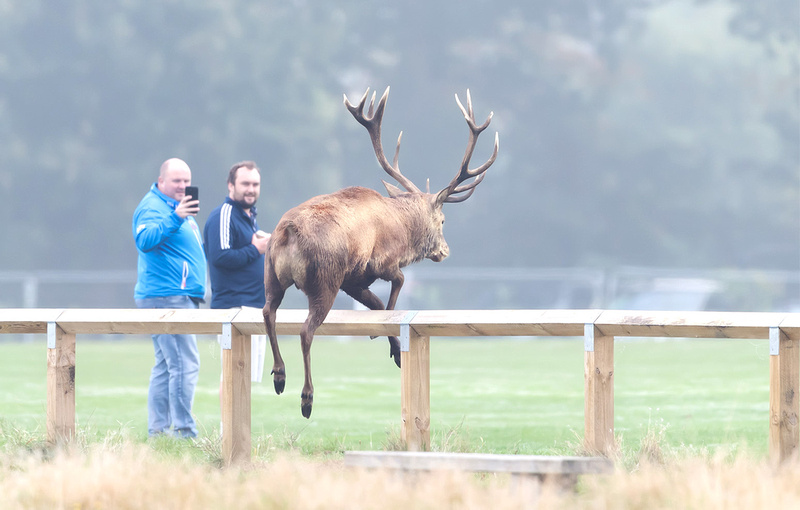 A game between U10 Dragons (in striped kit) and Epsom & Ewell Colts was stopped after 20 minutes from the kickoff. 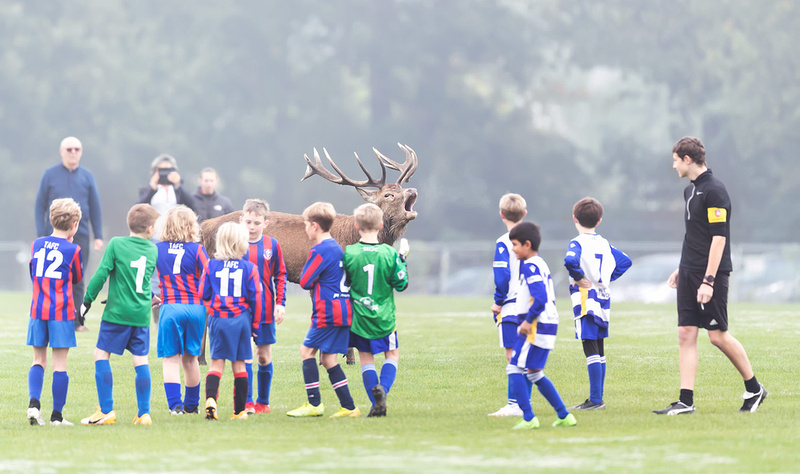 The young footballers were amazed when an extra player suddenly appeared in the middle of the pitch. The game was paused for around 10 minutes as the fearless stag stalked around the field. 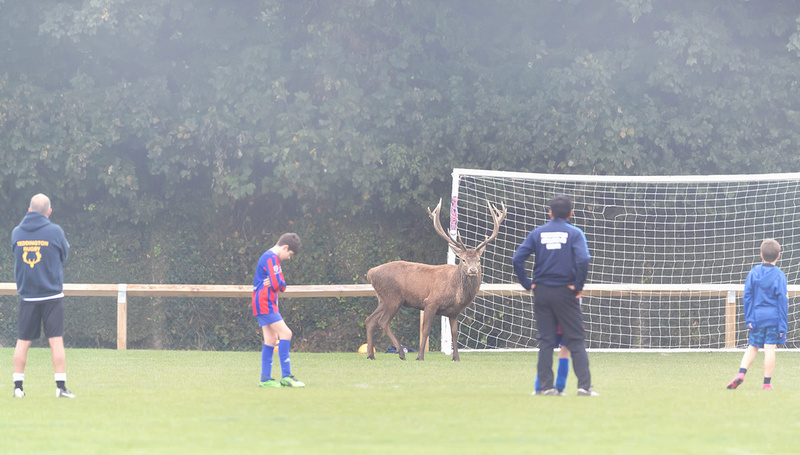 Bushy Park is one of the royal parks in London. There are currently about 320 red deer.