Persecuted to near extinction, the Red kite recovered in the UK, with feeding stations and breeding sites helping to boost their numbers. Gigrin Farm in mid-wales and Bwlch Nant Yr Arian in Ceredigion are well known places to photograph red kites near feeding stations.

We were looking for a place closer to London to photograph these birds of prey. After some research we found out that Watlington Hill in Chilterns is the best place for red kites. Apparently, the English reintroduction of Red Kites took place in 1989 in Chilterns. Chicks were brought in from Spain and Sweden and released at specially protected sites. By the way, there is no feeding station in Chilterns.​

The first red kites we spotted along M40 motorway between High Wycombe and Oxford. Red Kites were soaring overhead as well when we took a 2-3 mile public footpath to Watlington Hill.

Wind direction is very important for kite photography. Kites tend to fly into the wind, so it is ideal if light and wind are in the same direction. 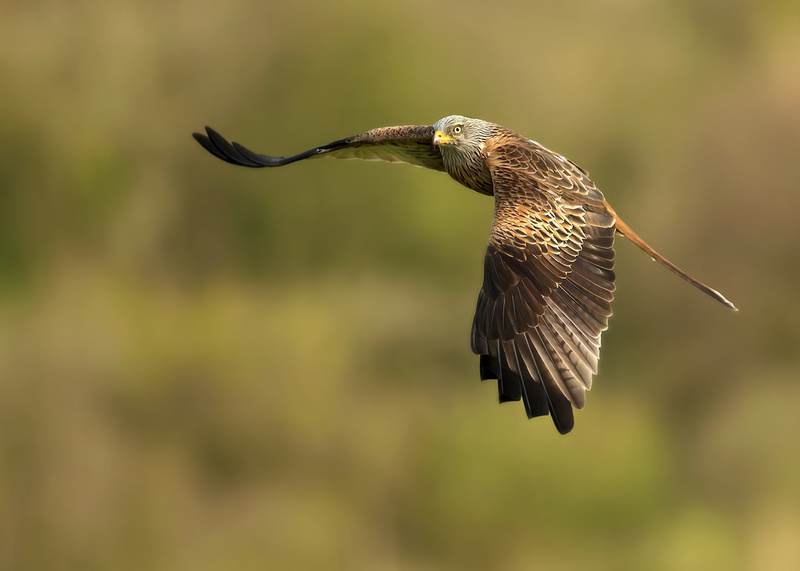 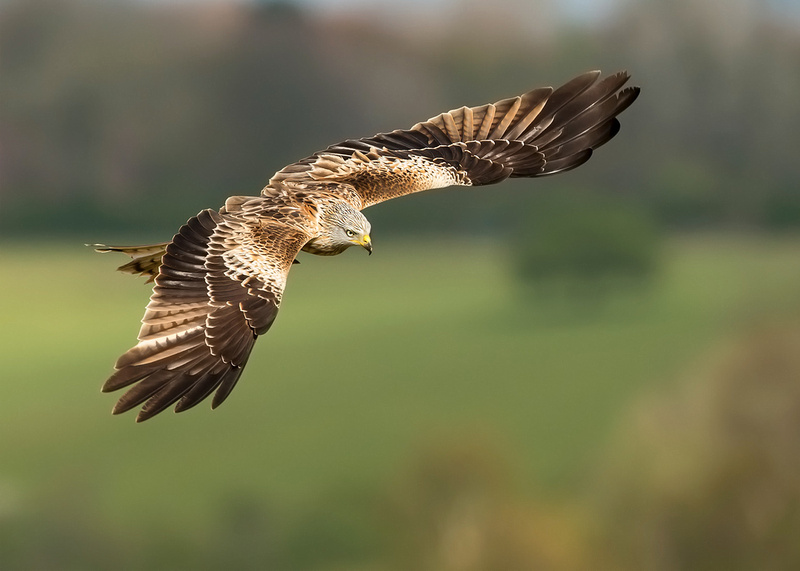 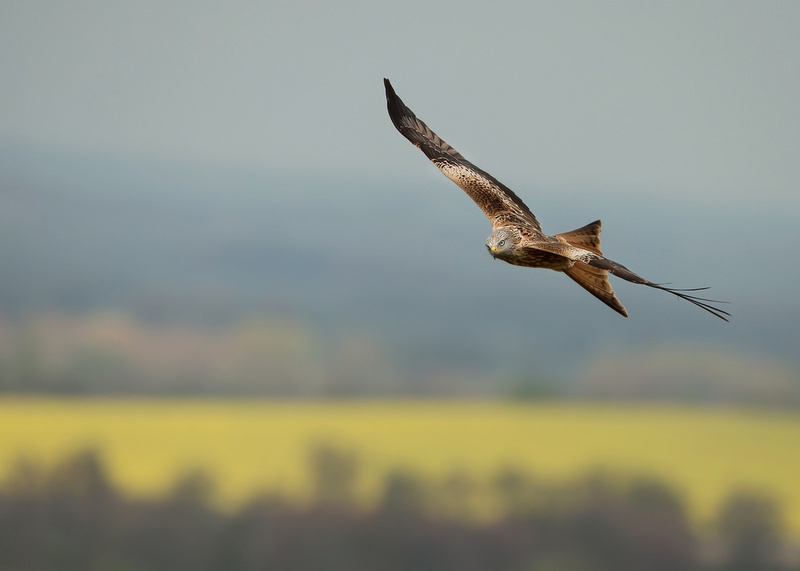 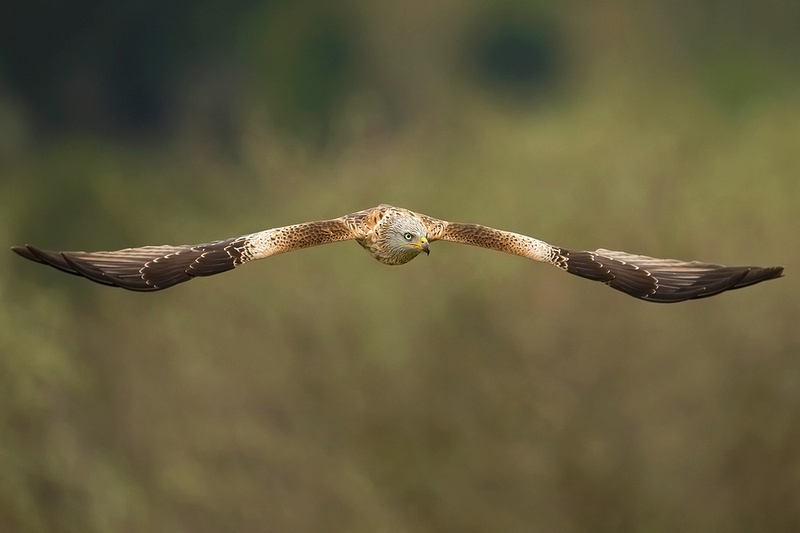 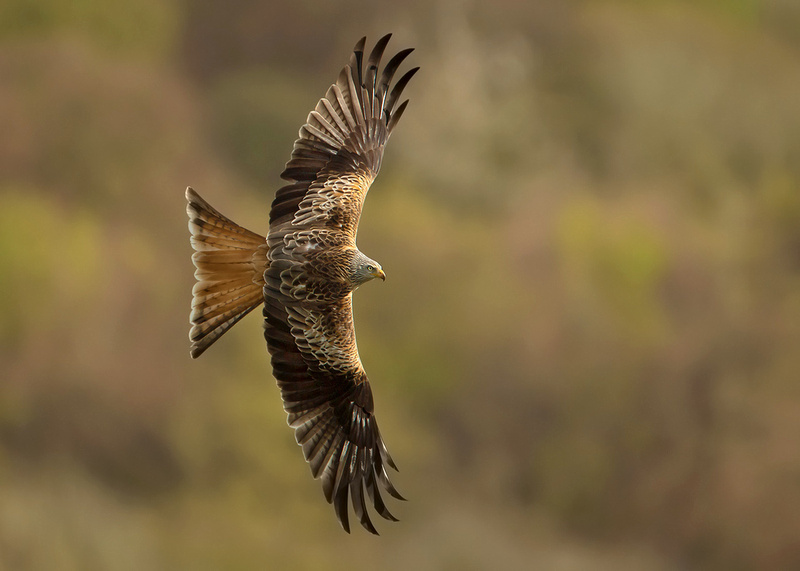 Red Kites are well known for their agility and marvellous aerobatic skills. They make tight turns and sudden twisting dives which we watched with fascination. Photographing this particular high speed moment was not very easy even against the blue sky. We used 300mm (with 1.4 extender) and 500mm lenses. 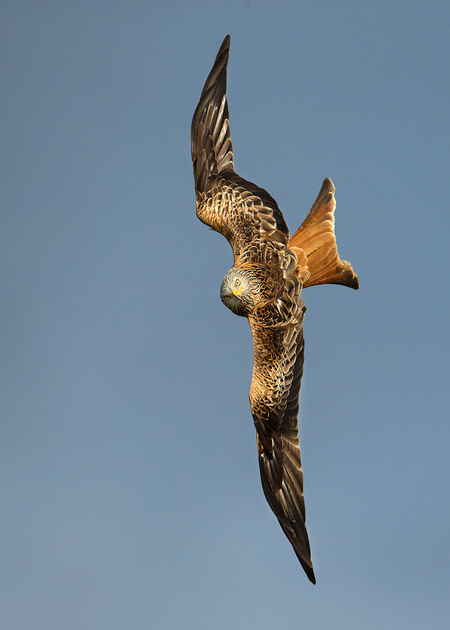 They swoop down the air while twisting their forked tail like a rudder. 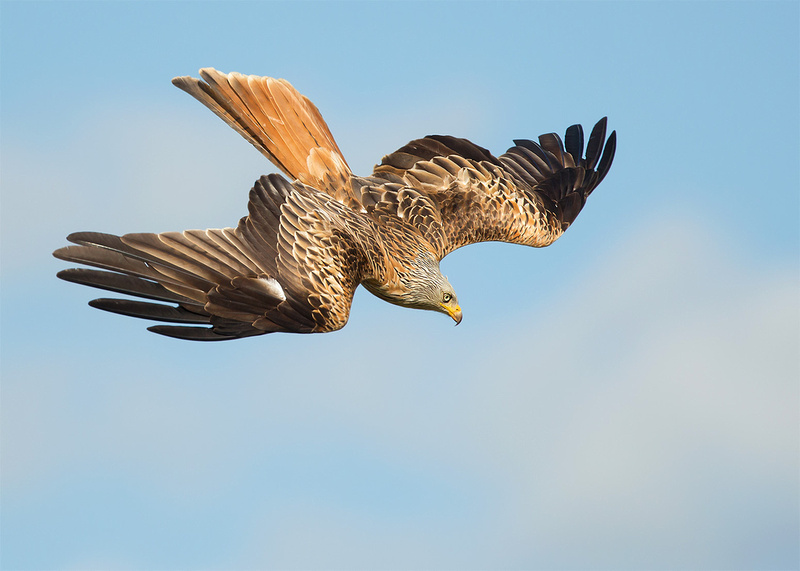 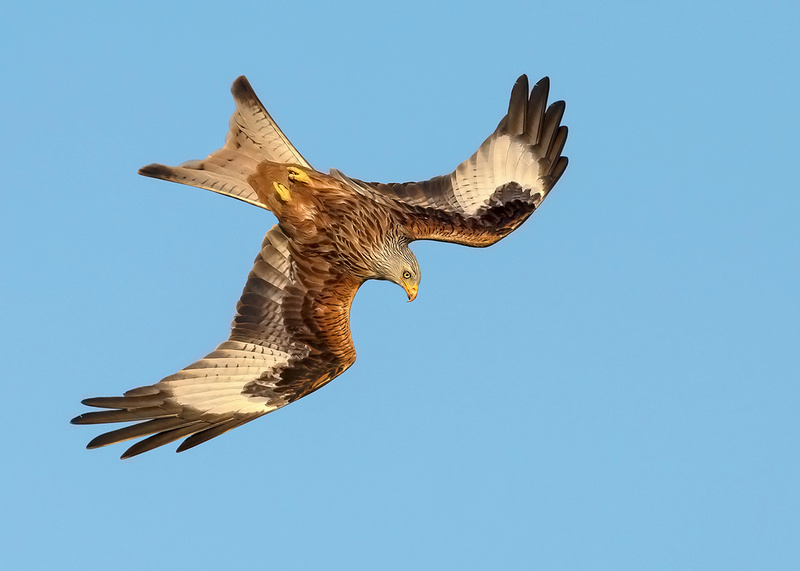 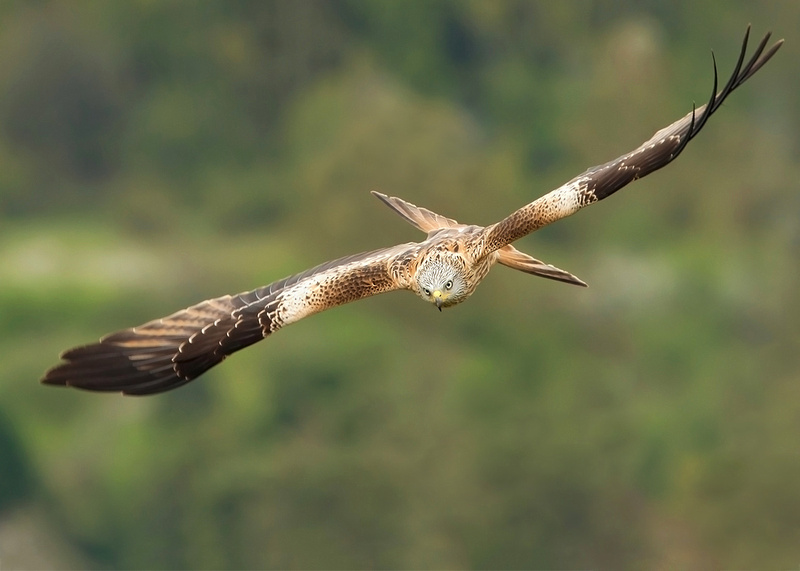 There were some frustrating moments trying to track the birds swooping down but we have managed to capture couple of shots. 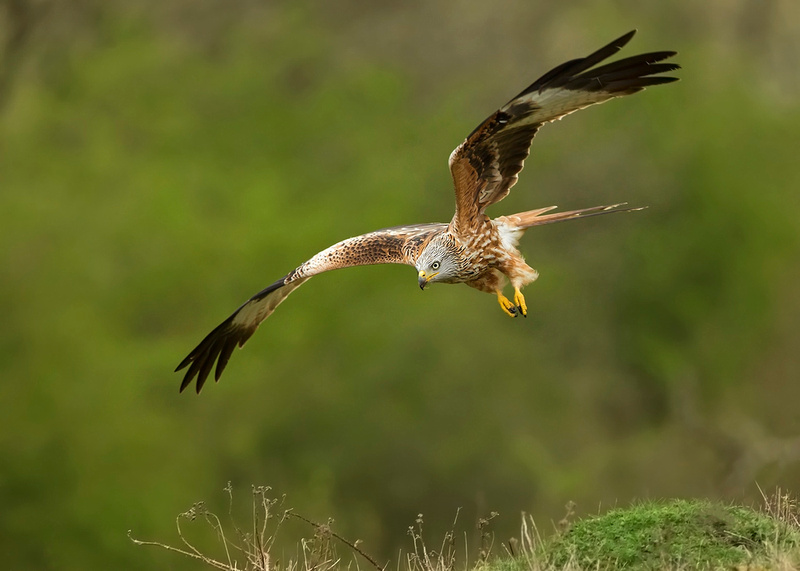 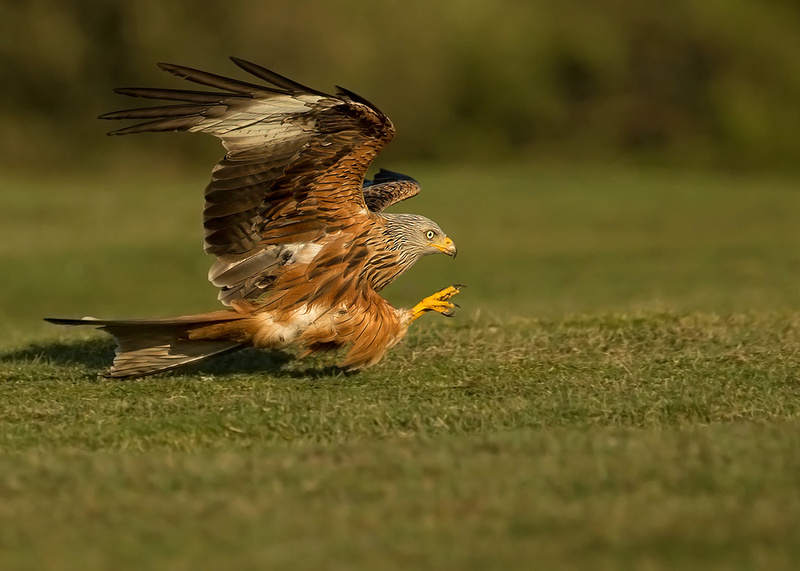 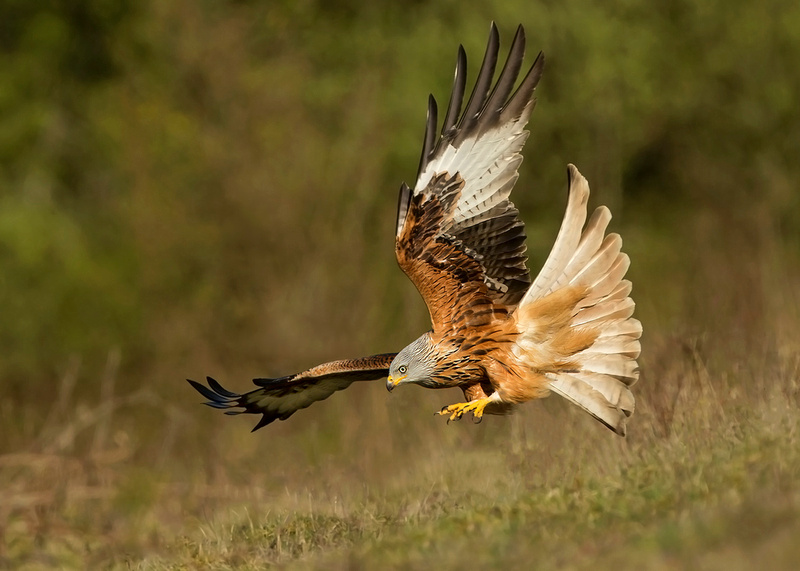 Watching sunset from Watlington Hill was one of the memorable moments. We used to keep fingers crossed for clear skies so we can make silhouette pictures. 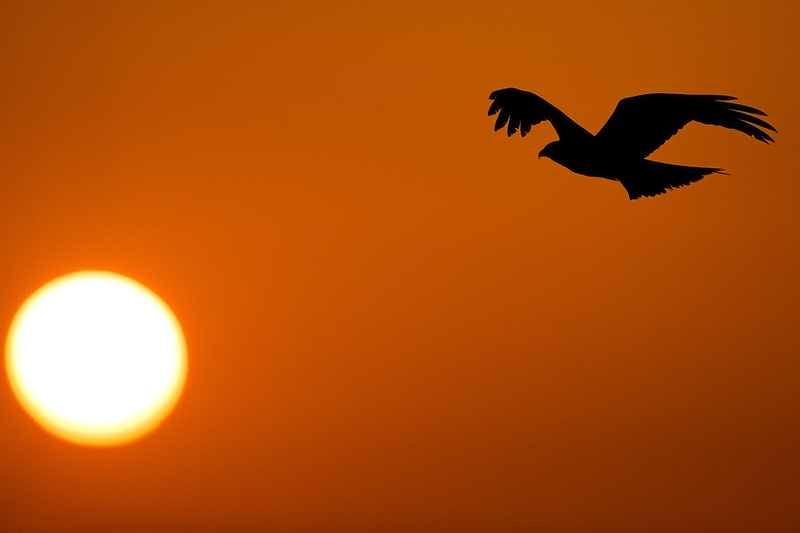 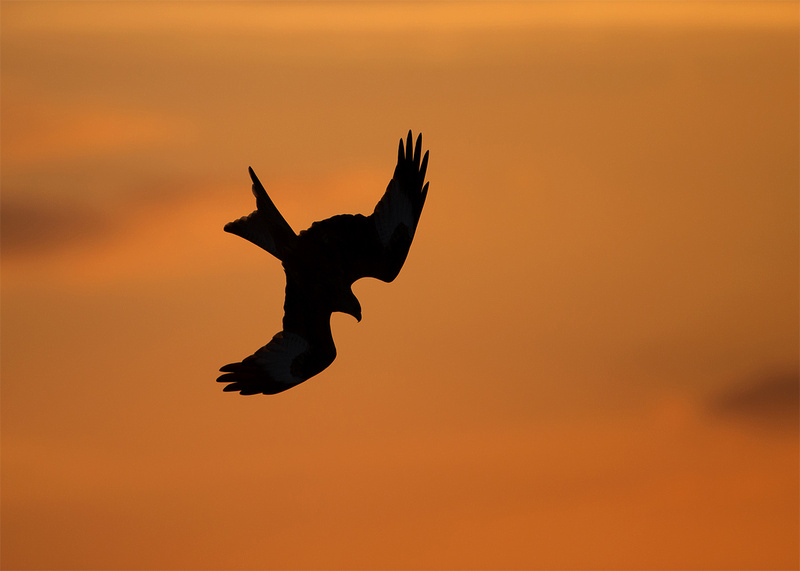 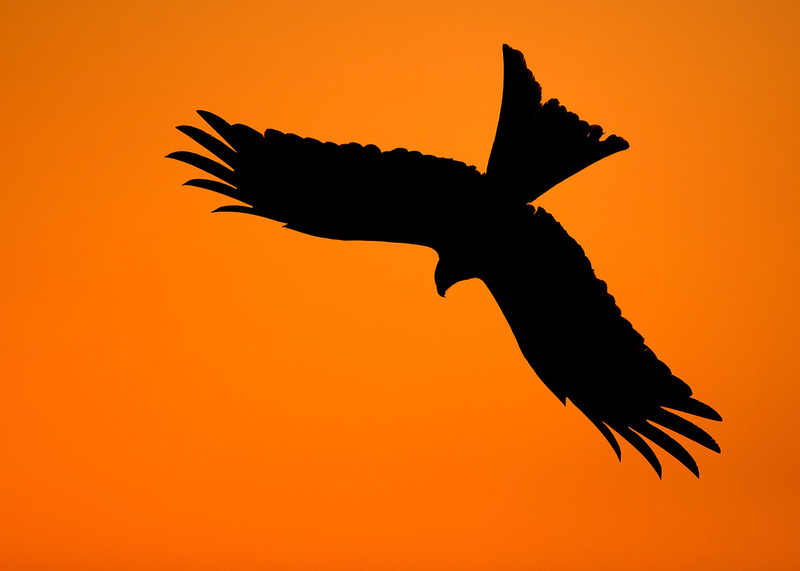 Just after the sunset we used to head home following the same path through the fields and small wood. We quite enjoyed late walk under the light of moon and our torch. One late evening we have noticed that something tiny moved on the path. When we got closer and lit the area, we saw a tiny wood mouse. We stood still for good couple of minutes and this little beauty didn't pay a slightest attention to us.

Overall we have to tell that we had a really enjoyable time photographing distinctive Red Kites. It's good to know that once near extinct bird is recovering steadily in the UK.