We were fascinated by the pictures of Great Grey Owls we've seen in London Bird fair 2012. Since then we simply fell in love with this bird. Great Grey Owl also known as a Lapland Owl is distributed across the Northern Hemisphere and is the largest of the northern forest. Finland is a great place for Great Grey Owls (Strix nebulosa) especially in winter, as they are easier approachable this time of year. We kept checking information on the internet about any good sightings of this bird in Finland. Good news have reached us in February. Owls were performing well in Oulu region. We booked our holidays, packed up our equipment and headed to Finland. The first day with the Great Grey Owls turned out to be very challenging because of freezing weather temperatures. Before travelling to Finland, we've checked the forecast which was around 10-15 C below zero. To our big surprise we had to face -23 C. It was really tough to be outside all day. Press ups, excises and jumps helped our stiff bodies and numb feet to get a little bit warmer.  The first unmistakable sight of Great Grey Owl we have witnessed after a few hours of waiting. It was the first and only owl we saw that day. Reduced activity of rodents due to high temperature drop possibly resulted such unusual owl behaviour. Luckily our immune system managed to cope with the harsh conditions. The only bad thing from yesterday was a painful and pale index finger with a light blister. Clearly it was frostbitten. Nevertheless we were ready for our second day with the owls. Temperature was not lower than –10 C, so it was a relieve. The first hunting Great Grey Owl we've spotted in the afternoon. Suddenly it swooped down and crashed into snow.  A second later it appeared with a prey in the beak. 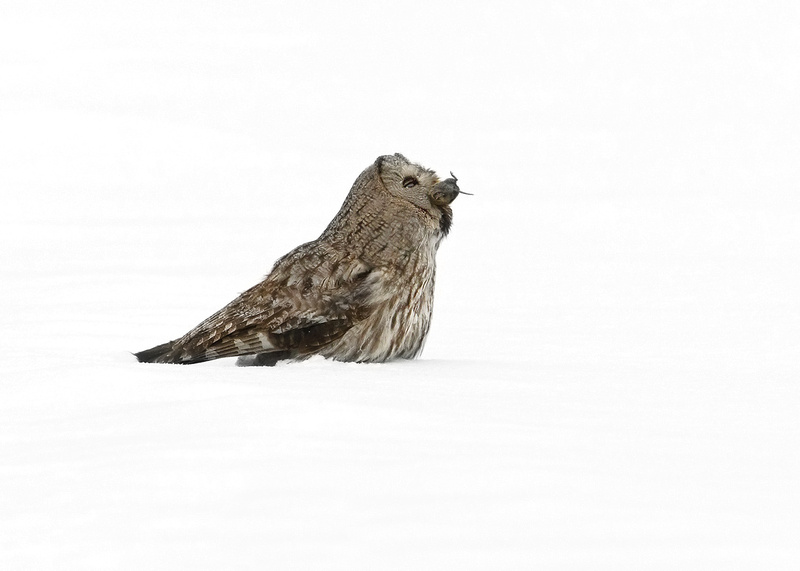 Great Grey Owls have excellent hearing. With this super-powered sense they may locate and capture prey moving beneath 60 cm (2 ft) of snow. Large facial disks focus sound and the asymmetrical placement of ears assists owls in locating prey.

The Great Grey Owl gave us a really good performance for half an hour and our presence didn’t bother the bird at all. 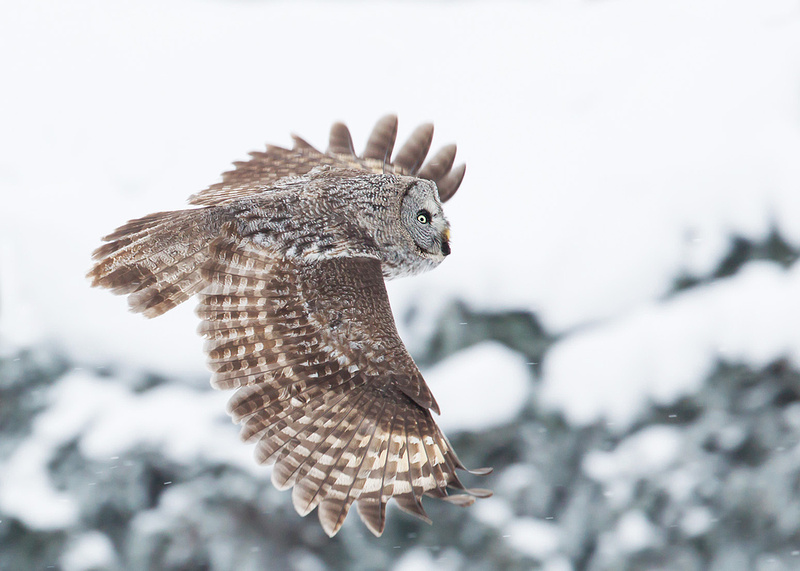 Later that day we spotted three other owls. One of them was very tame and didn’t react to us standing five meters away. The light was very poor, so we couldn’t manage to get decent photos but it was fascinating to see such an incredible owl from such a close distance. We left the field with the owl still calmly perching in a tree overlooking a white meadow and enjoying a quiet winter evening.

Finland is a good place for Golden Eagles, unfortunately we managed to get only couple very average pictures of this beautiful and magnificent bird. Before our arrival possibly a snowmobile scared them off and the birds were avoiding the site.

After a long and not very successful day we had a surprise dinner. What a day... The lady prepared meal which looked really delicious, something like a beef stew. She didn't speak English, so couldn't explain what meat it was. The dish was perfect, the meat soft and very tasty. We even took an extra portion. The next day the mystery was revealed - we had elk for dinner.

Breakfast was nice and simple, without any surprises. As we wanted to get more photos of Great Grey Owl, on the departure day we decided to visit other owl location close to Oulu airport.

We were over the moon to spot two Great Grey Owls there. They preferred to sit on electric wires and stayed further away. 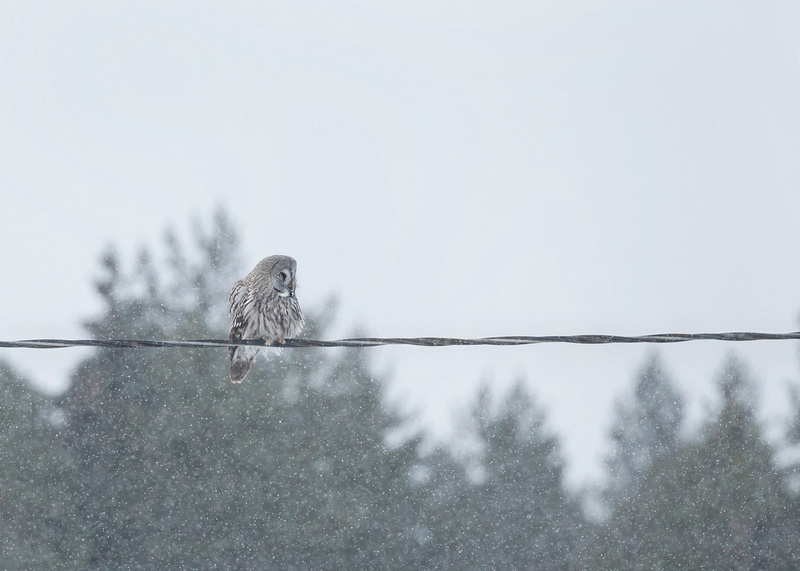 Couple of hours later one of the the owls flew closer and gave us the most incredible show in the falling snow... It was simply amazing. 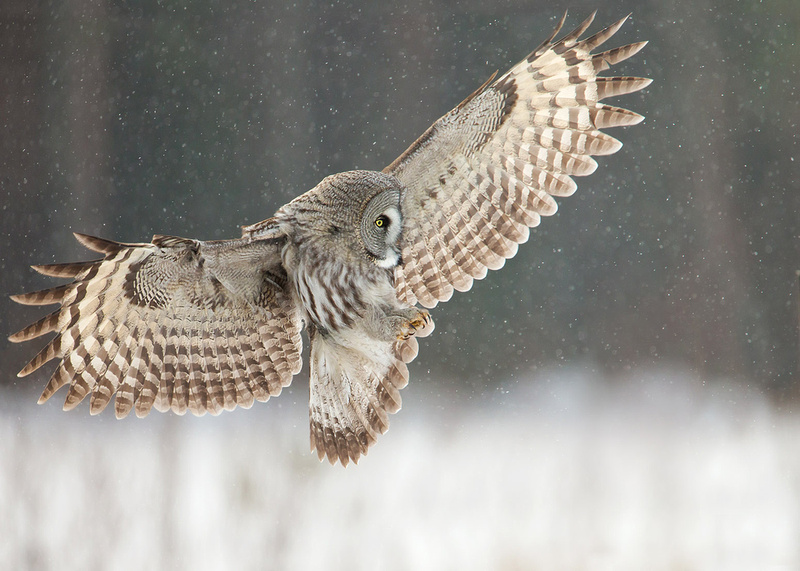 Unfortunately we were running out of time as we had to go to the airport to catch our flight. It was so difficult to leave this Great Grey Owl site.

Back in London Heathrow airport, our happy faces turned to very gloomy and worried ones as we realized that BA have lost our suitcase. Luckily there was a very happy ending. After three days of nervous waiting the bag was finally reunited with us.